Looking back at our 2020 Amity College five-part film series. 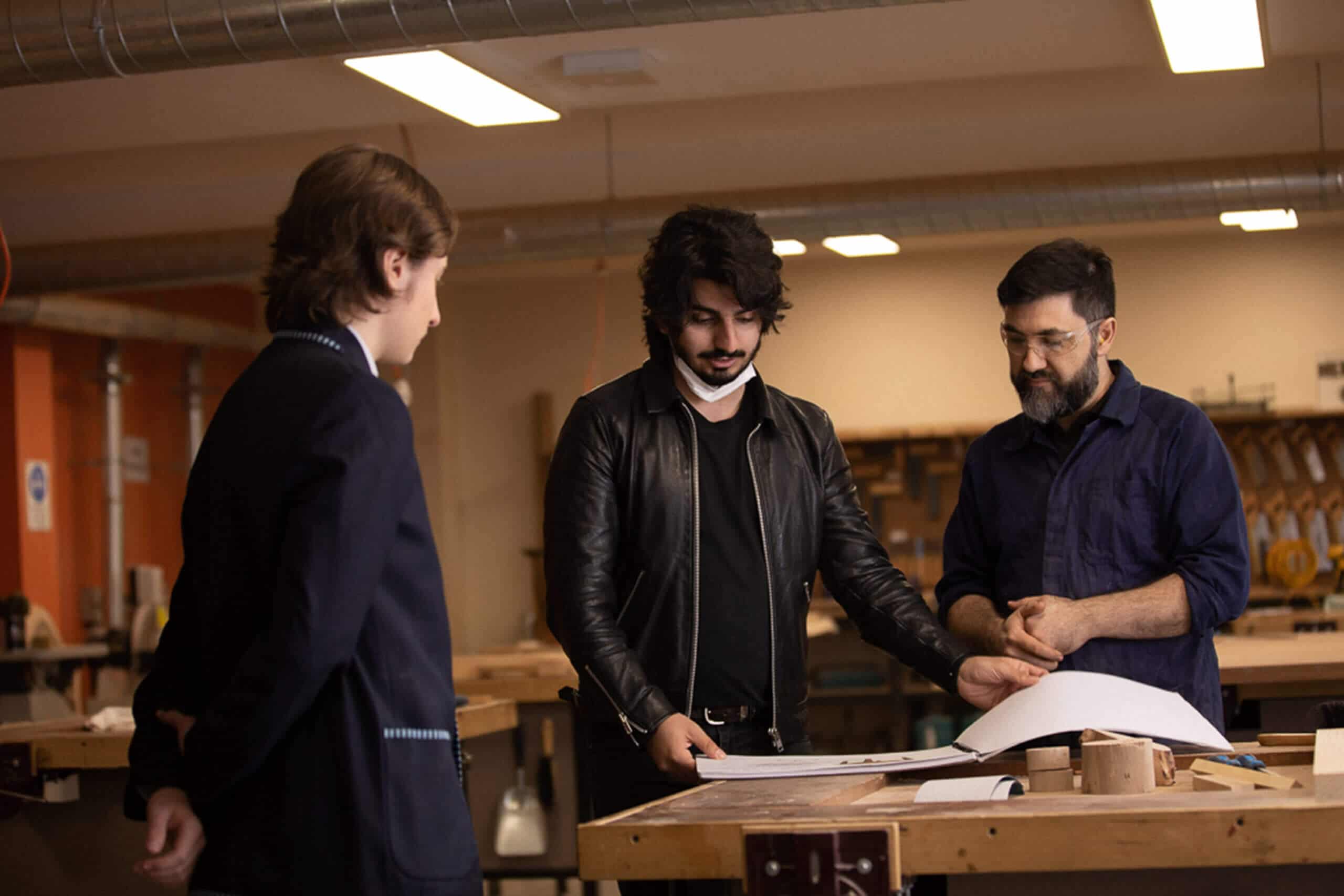 Back in August 2020, we went to Prestons to film five commercials that would serve as the crown jewel of our integrated campaign for Amity College, titled ‘Spark Curiosity’. We called it Spark Curiosity because that’s the most important thing that Amity College does for its students. Because once you spark a child’s curiosity, there is no limit to what they can achieve. By creating tonnes of opportunities for students to discover their unique talents, Amity College sets the stage for students to cultivate their own brilliance. All it takes is that one spark.


Our founders come from a filmmaking background. Throughout university, they collaborated on short films and strengthened their knowledge of process and best practice. In fact, the previous iteration of Hazen was a company that they started whilst studying together.

Without a strong understanding of the art of video production, Hazen would have never started. Many of our clients believe that making a commercial is totally out of reach, but years of experience has taught us how to keep the process short and sharp. Which brings us back to our hectic four day shoot at the Prestons campus of Amity College. 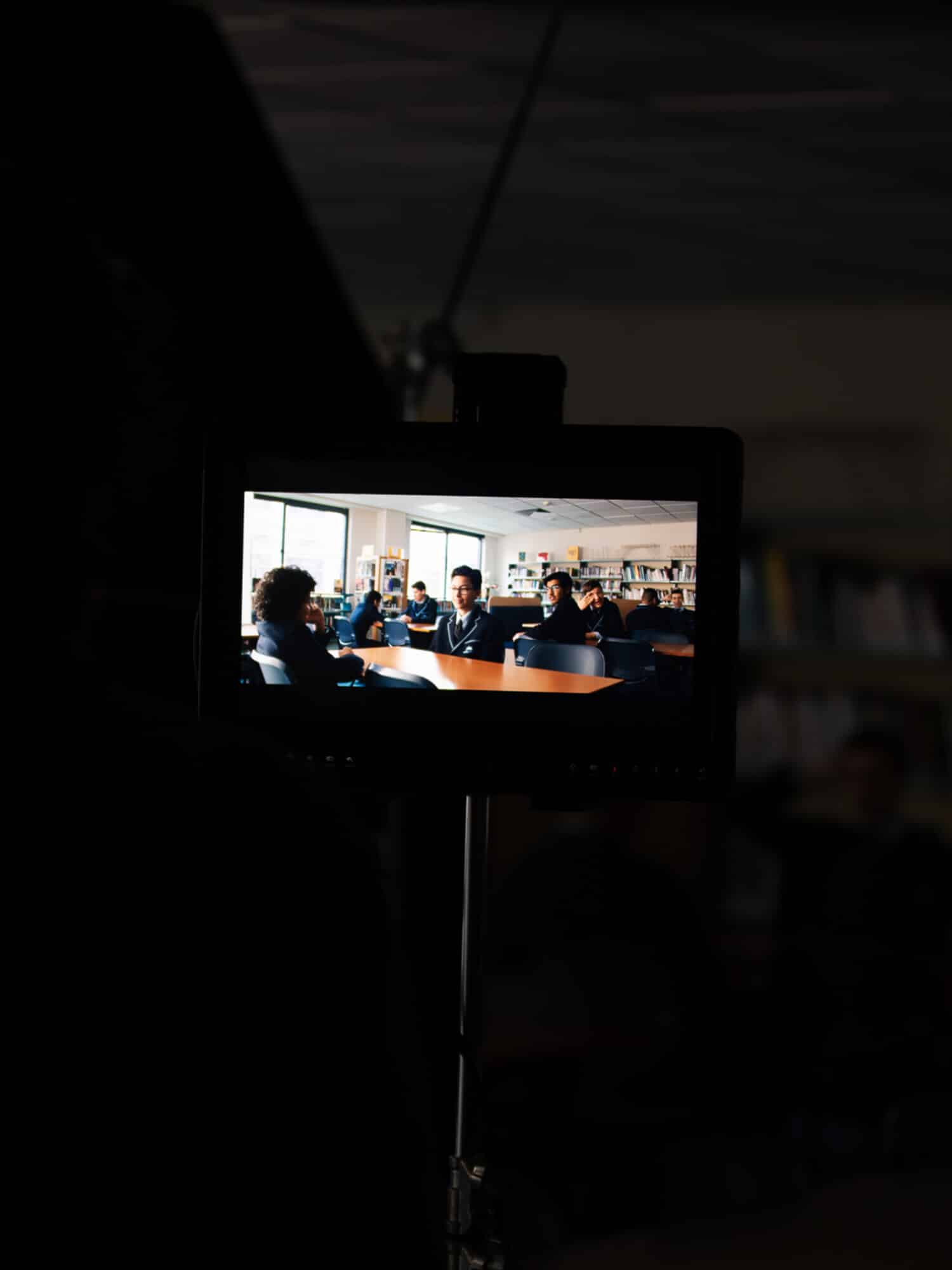 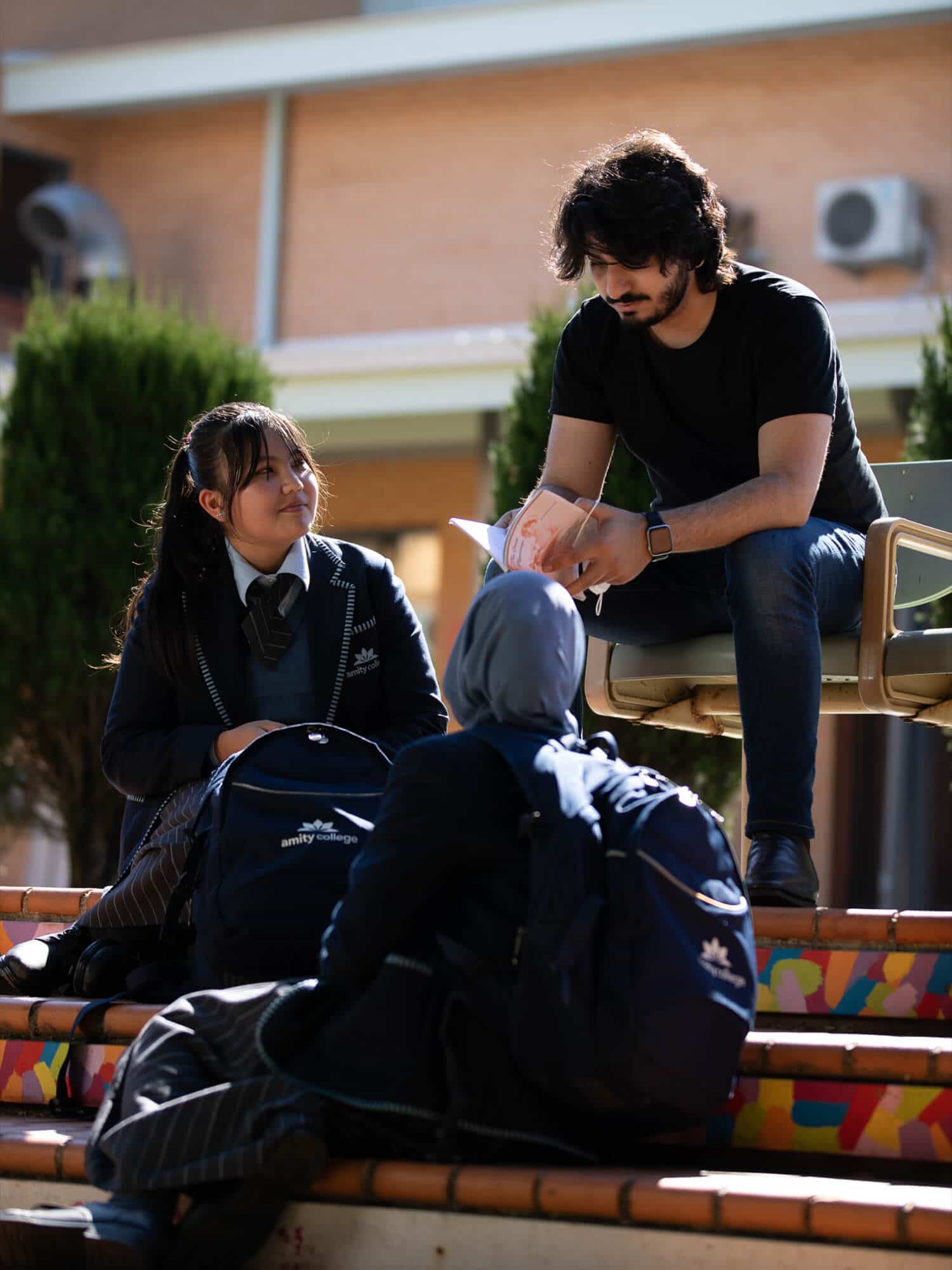 How to make a commercial in a school, whilst school continues

Four days to make five commercials. All whilst the everyday chaos of school was happening around us. There were a couple challenges ahead of us. Not only did we have to be safe around a school in full swing, we also had to film in a COVID-safe manner. Additionally, our time was restricted by the schedules of the actors, who were also students of Amity College themselves! In fact, every teacher and student in the films are actual members of the Amity community.

Despite the hurdles, our crew moved swiftly to film every single shot that we had planned. Kids pointed and asked us questions about the camera as it passed them. Teachers watched the monitor in amazement, as their school transformed into a film set. And every day ended before 6PM; a miracle for any film production.

Why the art of filmmaking is still an indispensable part of marketing, even now

Back in the day, the commercial was the holy grail of marketing. Ads could become world famous, taglines could become unforgettable overnight. Who can forget the reinvention of Old Spice (“look at your man. Now back to me.”) or how speeding could represent some, er, anatomical deficiency? But now with the explosion of social media, mobile phone cameras, and the decline of TV advertising, many businesses take the DIY approach when it comes to video production. But should you?

We chatted with Mustafa, founder of Hazen and director of the Spark Curiosity films, to discuss why he opted for a high-value production for Hazen’s Amity College campaign. When Mustafa first sat down with the school’s principal, it provided important insight into their key values. “They kept talking about how they don’t solely focus on academic excellence, their vision is to foster future leaders''. This painted a clear picture for the campaign’s message, “What we really wanted to achieve was authentically translating what the school does for kids in the most effective way”. “Our task was to convince parents that this school would be a perfect fit for their kid’s wellbeing and for them to grow up in.” Mustafa notes that this was no easy task but it sparked his greatest realisation that “in order for us to tell the Amity story we needed to feature true stories''. 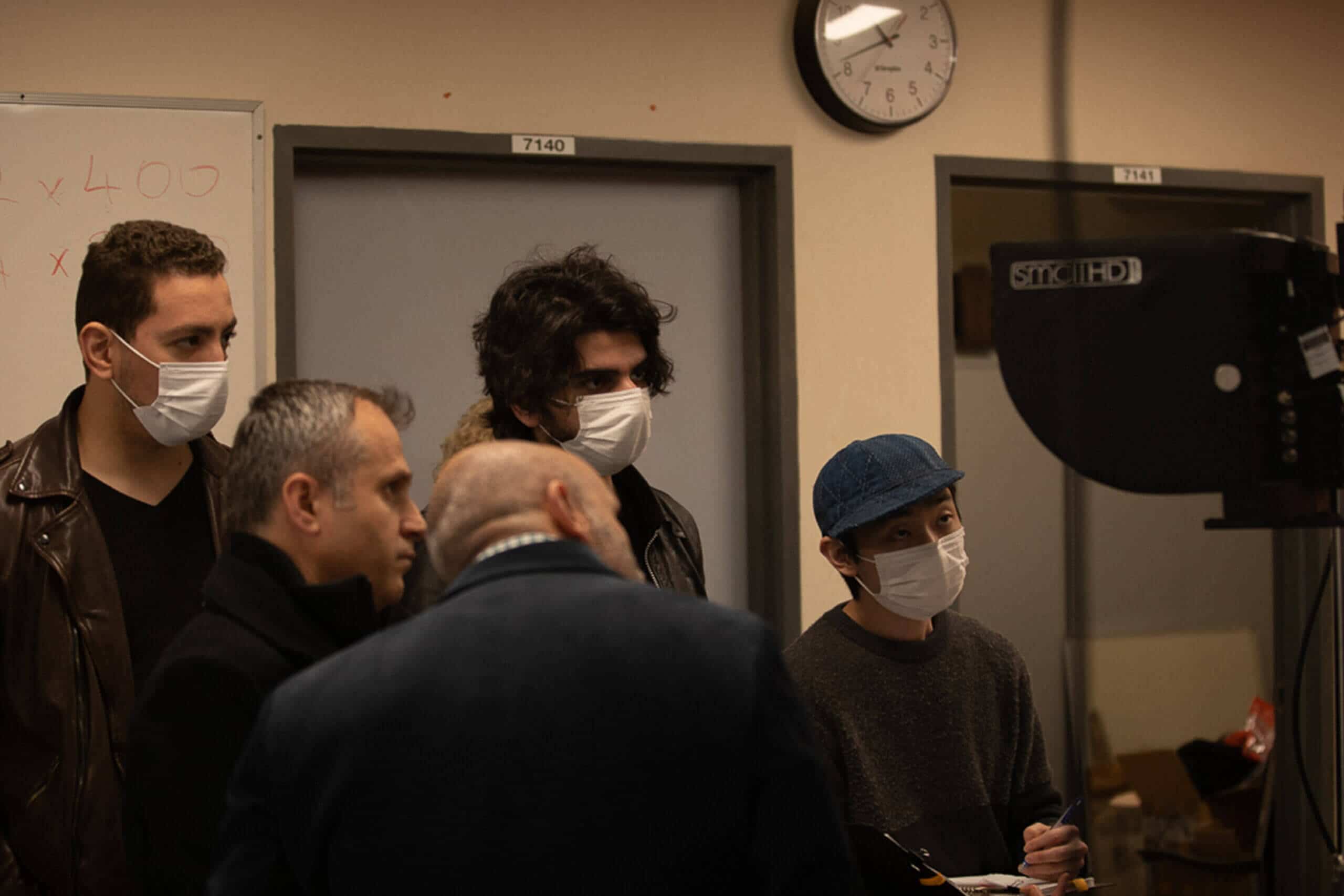 Ultimately his decision to produce a series of high-production-value films came down to several key considerations. “When you’re developing a campaign and you’re trying to make a statement as a company, you’re going to be seen on TV, in cinemas, on so many platforms, you need to stand out from everyone else. In order to stand out and be taken seriously, and for people to invest two minutes of their time, you need to do something that grabs their attention.” Mustafa notes that storytelling is what first grabs audience attention but production quality is what will keep them watching.

However, there’s no denying that a more ‘raw’ DIY approach has its value. Like so many things, the approach you decide to take will depend on a number of factors, such as target audience, platform, and your desired campaign goals. The DIY approach is a great way to connect with audiences in a more organic manner where a Hollywood worthy production isn’t entirely necessary, for example on Facebook, Instagram, and the increasingly popular TikTok. A more polished production is a fantastic way to engage with audiences on a deeper level, particularly when you want to delve into more detail about your campaign and message, as we did with Amity College.

It’s not only about the movie making 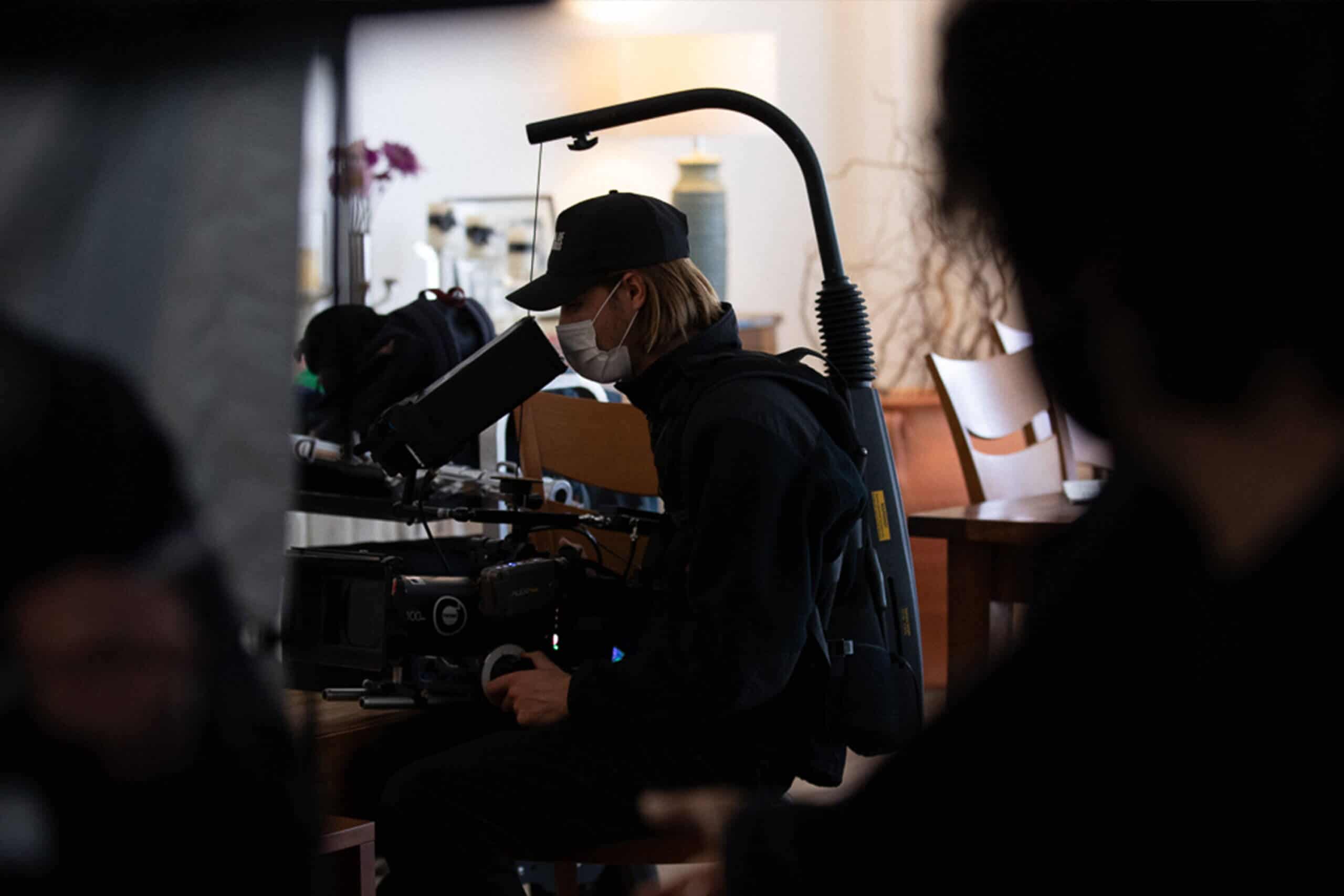 To launch the new branding and campaign, we developed a microsite that highlighted Amity College’s new look whilst staying true to their longstanding values. This site provided a platform where prospective parents could watch the campaign films, learn more about the school, and seamlessly begin the enrolment process.

Amity College saw a digital reach of more than 60,000 users plus a 22% increase in social media followers. Overall the campaign was a resounding success, resulting in maxed out enrollments for years 7 to 10. Our integrated campaign gave life to Amity College’s ethos with a vibrancy that engaged and connected with audiences.

You be the judge – check out our Spark Curiosity campaign here. 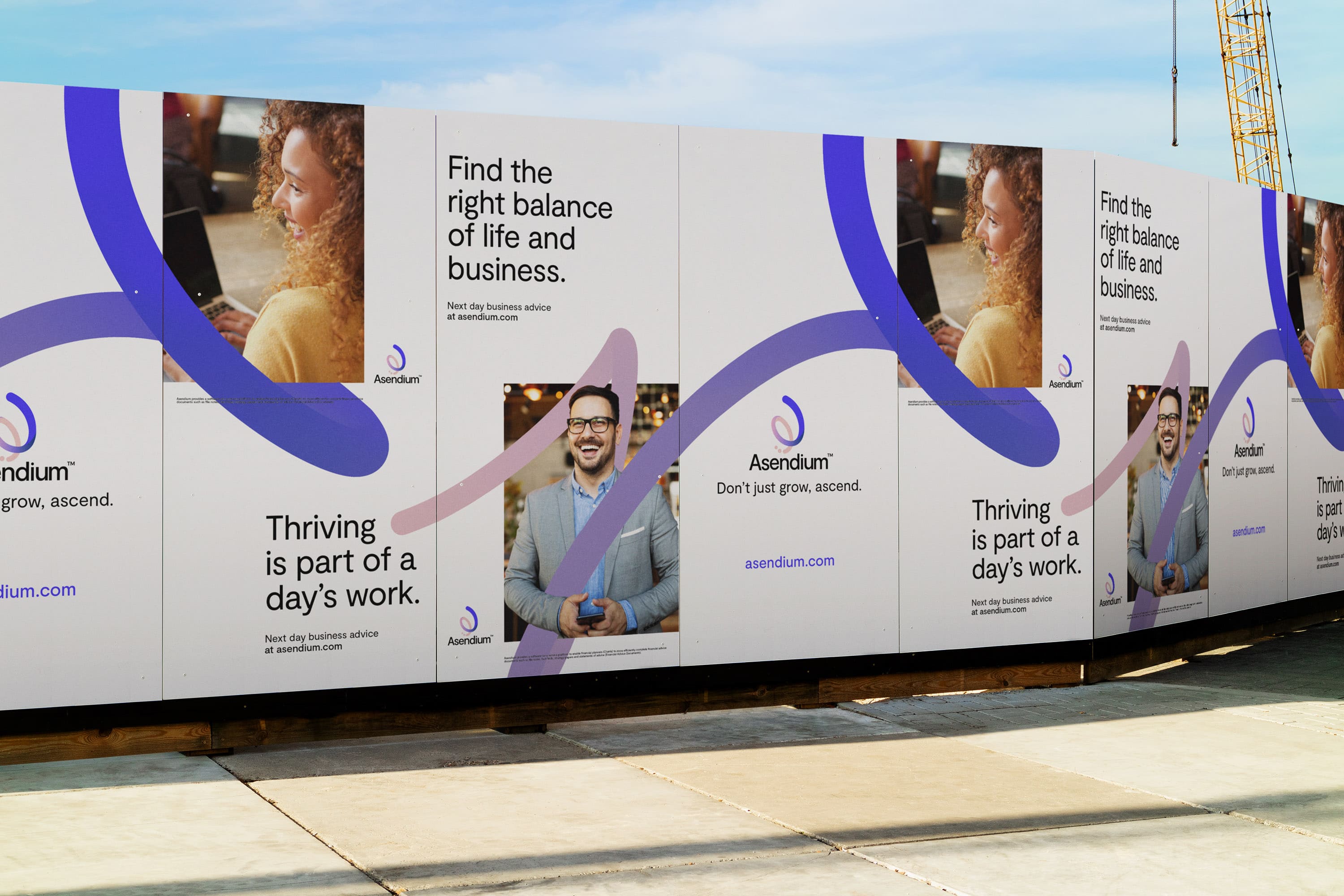 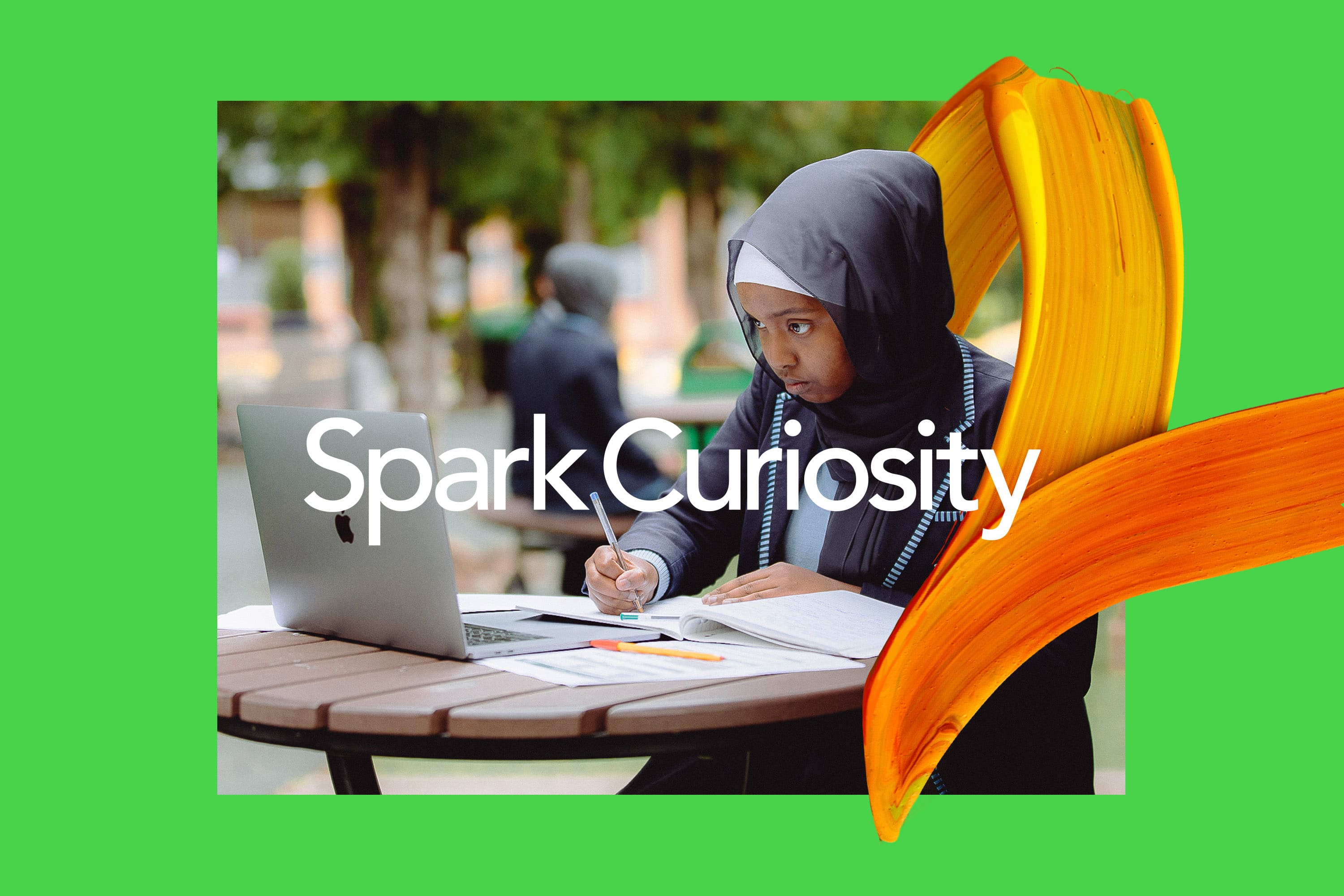 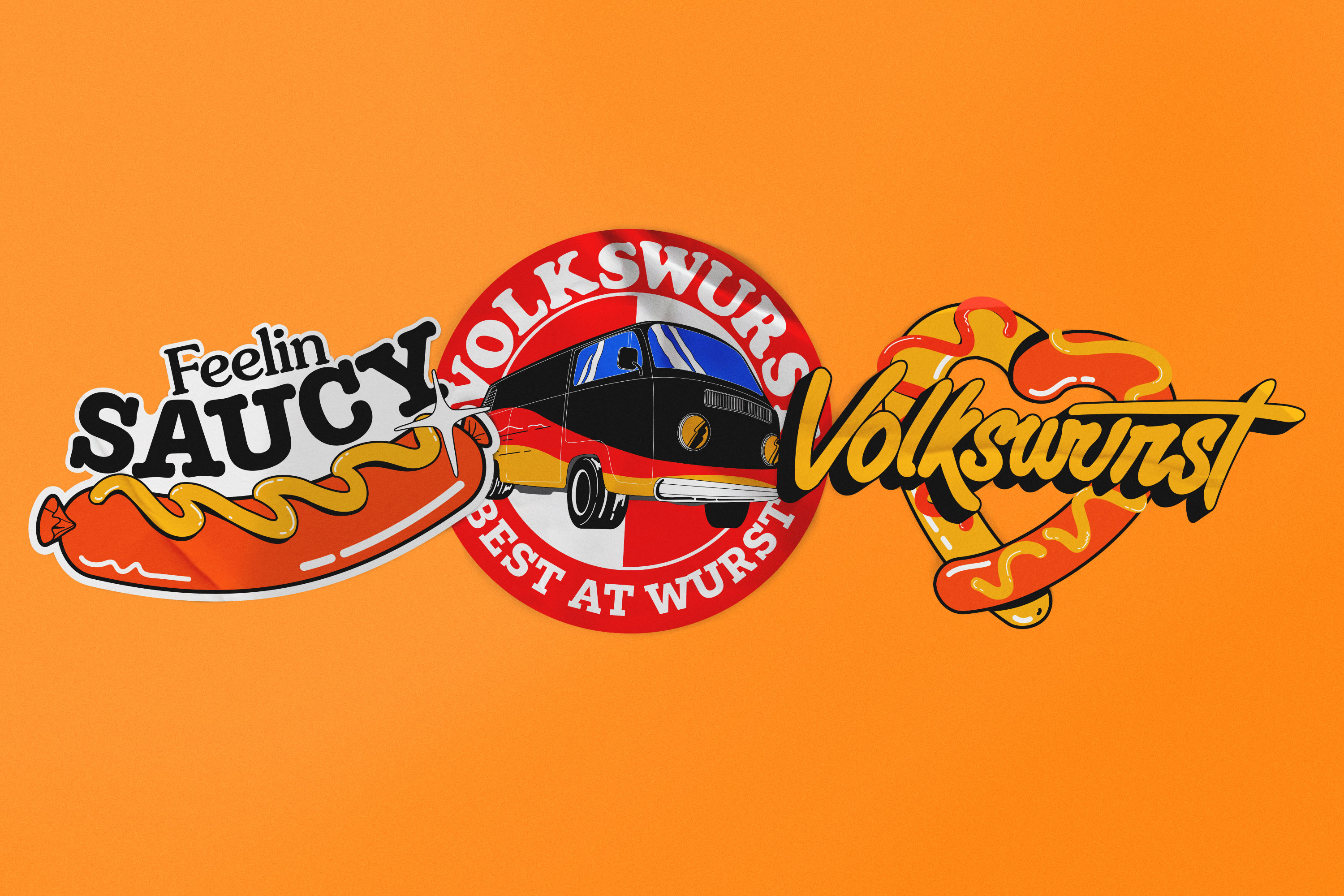 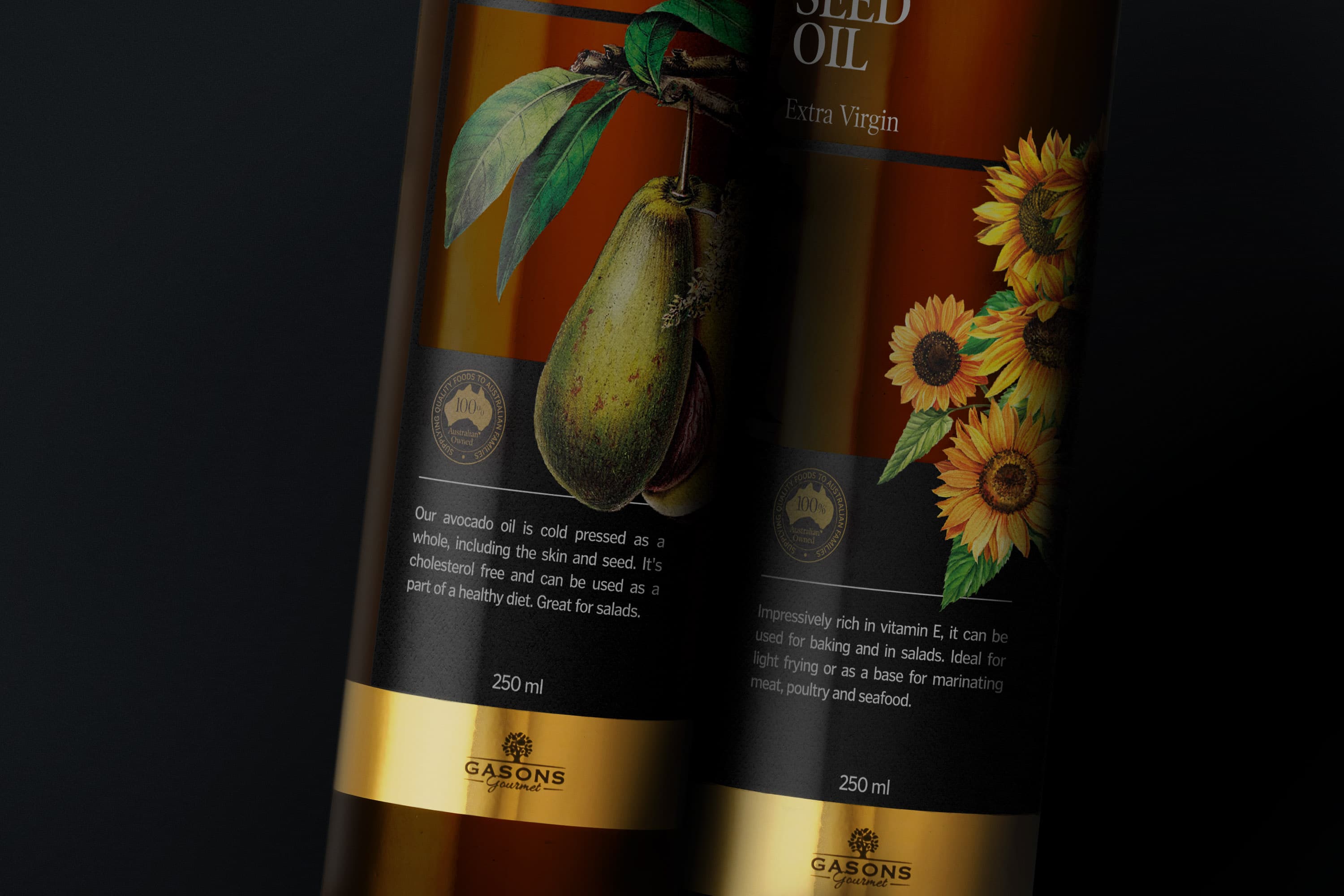 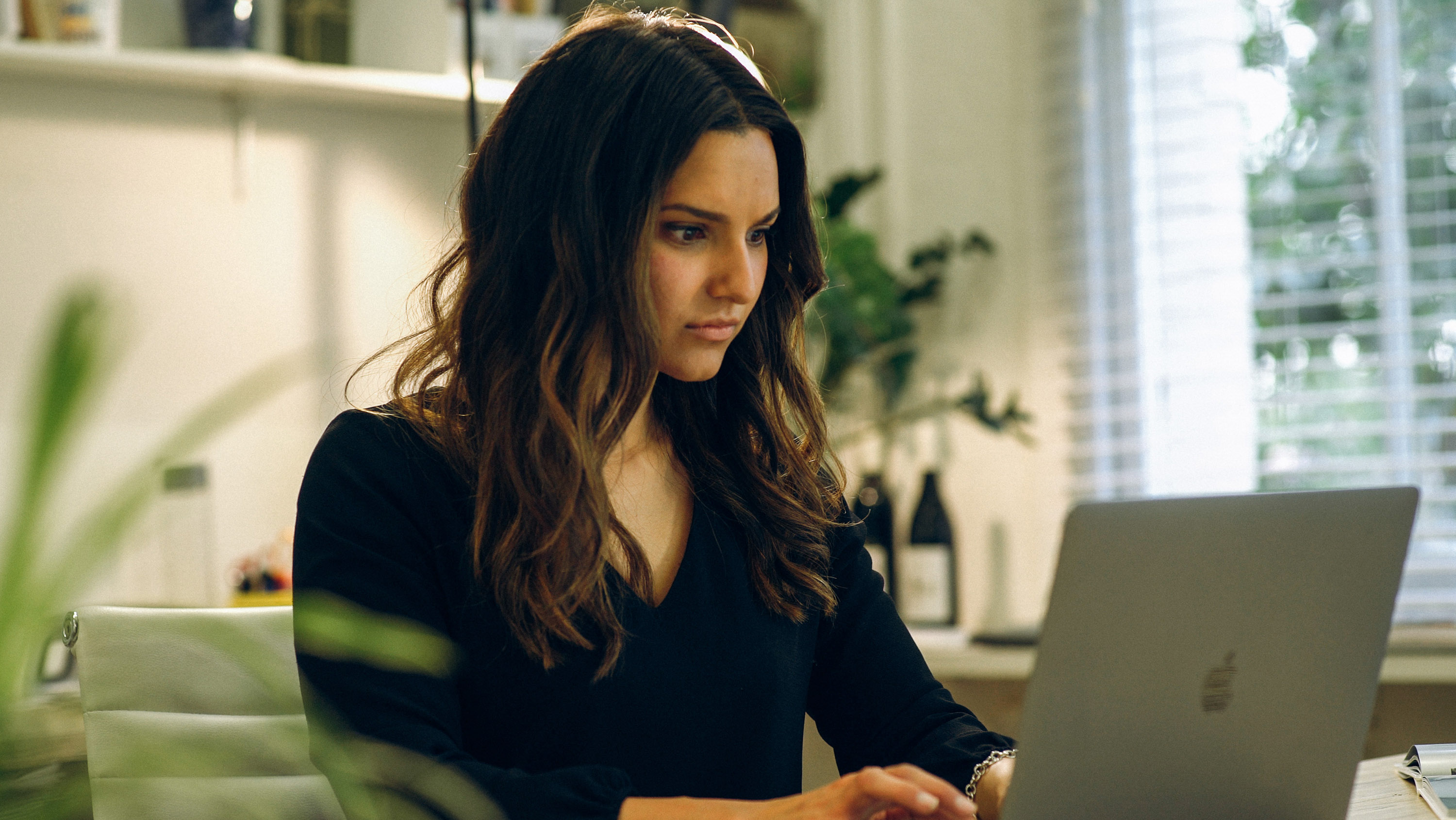